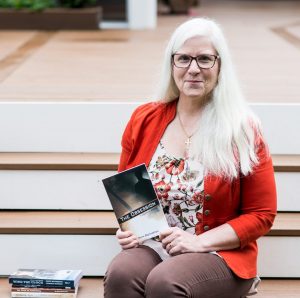 Dawn Brotherton is an award-winning author and featured speaker at writing and publishing seminars. When it comes to exceptional writing, Dawn draws on her experience as a retired colonel in the US Air Force as well as a softball coach. Her books range from children's picture books to adult fiction and nonfiction. See more about her books below.

She is a contributing author to the non-fiction A-10s over Kosovo, sharing stories from her deployment. Dawn is now writing for the Williamsburg magazine, Next Door Neighbors.

Hear from Dawn herself, with this interview.

When Dawn was struggling to come up with a good story line for her YA Fantasy book, her daughter Paige wrote her a poem called Silent Mountain along with three opening scenes. That was enough to kick off The Dragons of Silent Mountain (officially releasing Feb 5, 2022).

A dragon was an easy choice for Dawn when trying to come up with her first picture book, If I Look Like You. While she thought it would be a one-off, Scout the chameleon dragon is taking off in ways she didn't expect. Now there's also a Scout and Her Friends Activity Book for kids to color Scout using their imagination.

A cozy mystery is a mystery solved by a nonprofessional (not a cop or private eye) and has no graphic violence, sex, or swearing. Dawn created this feel-good read along with another cozy subgenre with Eastover Treasures. Everyone loves a good treasure hunt.

She offers a unique perspective from inside the military with her first book, The Obsession and its sequel, Wind the Clock. Dawn is currently working on the third book in the series, Truth Has No Agenda.

Earning a Bronze Award from the Military Writers Society of America, The Road to Publishing  gives writers a place to start when deciding how to publish. Written in a very conversational way, the book walks the reader through considerations to determine which way is the right path for them: self-publishing, traditional or hybrid.

An avid fastpitch softball player, umpire, and coach, Dawn designed a new Scorebook that makes it easier to take notes and enables the coaches to re-create the game at a later date to pull out lessons learned for the players. Dawn has even created her own YouTube video to teach others how to keep score during a game.

Inspired by her love of the game and her two daughters, Dawn is working on The Lady Tigers’ Series, fiction stories about a girls’ softball organization where the girls learn that being part of a team is about more than just playing softball. The target audience for this series is middle grade readers. Order your copies of Trish’s Team, Margie Makes a Difference, Nicole's New Friend, Avery Appreciates True Friendship, and Tammy Tries Baseball here.

While on Active Duty for the Air Force, Dawn felt it wasn’t wise to publish a steamy romance novel under her name. Now officially retired from the military, Misty Austin is showing her true identity as Dawn Brotherton. She won an award for her first romance book, Untimely Love (previously titled Worth the Wait).

Stay tuned for other works by Dawn Brotherton, with the Lady Tigers on the softball field, or joining Jackie Austin at the Pentagon as she finds herself in the media limelight as she wrestles with a case involving the Sexual Assault Prevention Response office.

Keep your eyes open for Scout the Blue Dragon, as she comes into the lives of children to explain that how you look does not define who you will become.